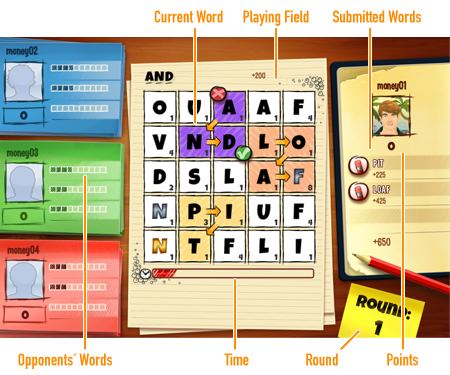 The aim of the game

The aim of the game is to find the three best words in the playing field before the time expires.

At the end of each round, the words found by all players are compared and points are awarded. Longer words, as well as those containing rare letters, will be rewarded with higher scores.

The player with the highest score after the last round wins the duel. 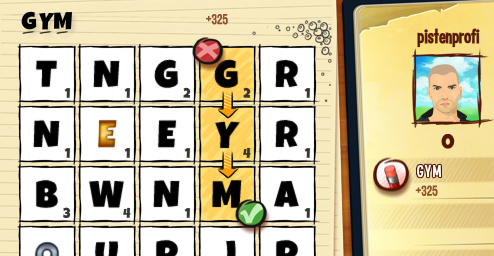 Word Twist is played only with the mouse. To mark words, there are two different methods:

After you have marked all of the desired letters, you can submit the word by clicking the green check mark on the last selected letter.If you change your mind, you can use the red cross (it appears on the letter highlighted first) to cancel the current selection.

A "Word Twist" duel can include one or more rounds. The player earns points in each round which are then added together to give the final score.

The time limit in each round is 75 seconds. There are no extra points gained from submitting the words at a faster pace.

All valid words receive points at the end of each round. If you are the only player who has found a particular word, you will receive full credit.

On the other hand, if one or more players found the same word, the points are divided evenly among all of the players. Be careful, sometimes the same word can be formed using different combinations of tiles. In this case, the points for the word are not "divided."

The point value of a word is determined by the length of the word, the value of each letter used, and any special tiles used. The exact calculation can be found below the word list. 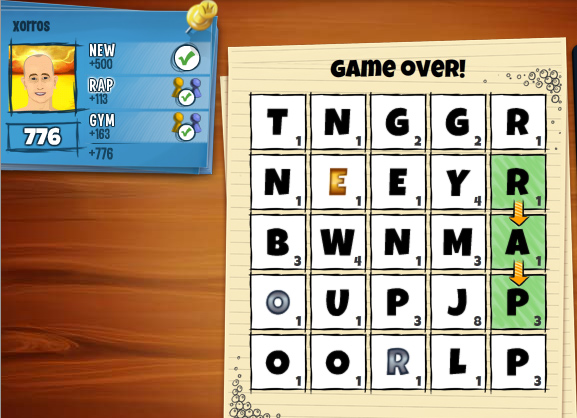 After each round, the players have up to 30 seconds to view the scores and words found by the other players. When all players have clicked "Next", the next round begins immediately. 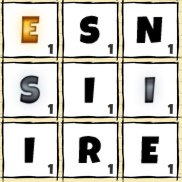 Silver letters double the displayed value of a letter. In each round, there are 3 silver letters on the playing field.

Golden letters double the value of the whole word in which they are used. There is only one golden letter in each round.

The point value of a word is composed of three parts: the sum of all the letter values, the length and the gold bonus multiplier.

1.Total value of all the letters

The value of all letters will be added together and multiplied by 25. It is important to note that the silver letters are doubled in value.

A fixed value that depends on the length of the submitted word.

If the submitted word includes the gold letter, the value of the entire word (i.e. total of the letter values + length bonus) is doubled.